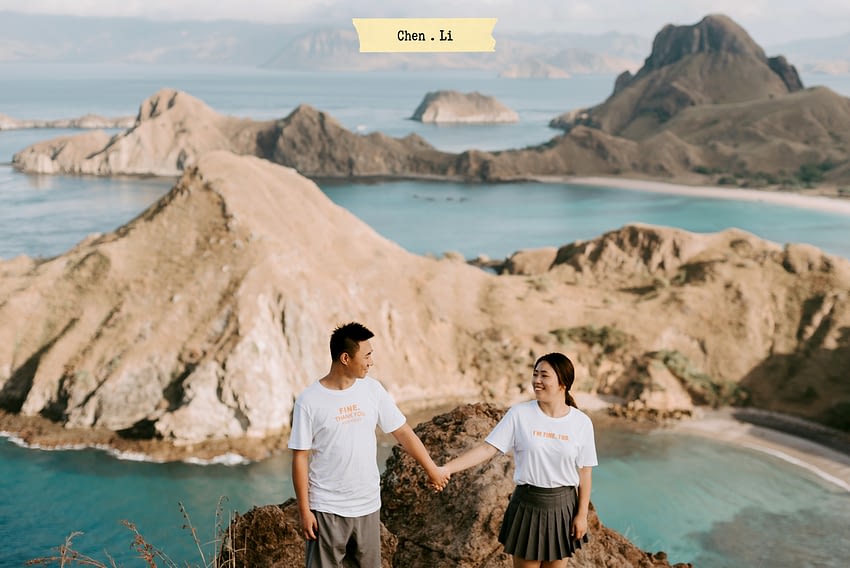 Labuan Bajo is a fishing town located at the western end of the large island of Flores in the Nusa Tenggara region of East Indonesia. It is the capital of the West Manggarai Regency (Kabupaten Manggarai Barat), one of the eight regencies which are the major administrative divisions of Flores.

Labuan Bajo is one of small town in Indonesia, so calm and beautiful. The town is the gateway into the charm of Flores to complete travel from the west. However, if only want to enjoy the Varanus Komodoensis, which has been determined to be one of the World’s Seven Wonders of Nature, in its natural habitat. Labuan Bajo is an important starting point and the only one of the most convenient and comfortable.

Labuan Bajo is known as the city of sunset. You can find plenty of vantage point to enjoy every end of the day with a spectacular sky. Labuan Bajo becomes more romantic with the growth of that ideal holiday spot. Wooden cottages with thatched roofs camouflaged by shrubberies and towering trees up in the sloping township, overlooking an idyllic harbor, is the perfect elements of an unforgettable experience. For some adventurers, Labuan Bajo can be that ideal getaway. With choices of land and sea to conquer, it is no wonder that Labuan Bajo is seeing more and more visitors coming every year. Try the liveaboard experience, where you get to live on board for several days, to visit gorgeous islands and dive into the stunning wonders of the ocean. Padar Island is fast becoming a new favorite place for a traveler to visit. With outstanding panorama, it is indeed somewhere you should put on top of your travel list, while in Labuan Bajo.

Once a small fishing village, Labuan Bajo (also spelled Labuhanbajo and Labuanbajo) is now a tourist center as well as a centre of government for the surrounding region. Facilities to support tourist activities are expanding quickly although the rapid rise in the numbers of visitors is imposing some strains on the local environment.

Different to other cities in Indonesia, Labuan Bajo has some uniqueness. First, it is a port city storied. Labuan is not a city with vast lowlands. The lowlands of the coast is not very widely followed slope that supports the vast plains on it. This condition creates a beautiful city landscape. Second, Labuan Bajo fortified by uninhabited small islands. The existence of islands creates the beauty of Labuan Bajo so it is no exaggeration to say that is beautiful city. Third, Labuan Bajo is a safe city. At least until now there has been no complaint from the tourists associated with pickpocketing or other criminal acts are synonymous with the urban world. So do not be afraid to come to Labuan Bajo. Beside to secure, you will also find hospitality of locals Flores. When you meet with others unknown though, the locals Flores always give a smile. You to respond to each other with a smile anyway did not impress to be haughty.

Located on the western tip of Flores, Labuan Bajo is a small town that very recommended to explore exotica Flores started Varanus Komodoensis, Komodo National Park with the beauty underwater life on the western tip of Flores, until Hunting Whales tradition in Lembata, at the eastern tip of Nusa Nipa (Snake Island) Flores. Labuan Bajo is known for being the one and only location in the world that harbors komodo dragons. Visitors will also discover that there are many more attractions to enjoy other than the natural fauna found in the the islands. Due to komodo dragons on the island, it is now one of the main places for tourism in Indonesia. Visit Labuan Bajo for its breathtaking natural scenery, and explore its fantastic wildlife on land and underwater.

The extraordinary interest of travelers to the existence of the komodo dragons who are locally called ora is a valuable alluring factor that amplified by its superb national park. The Komodo National Park was listed as UNESCO’s World Heritage Site in 1991. It is home to fascinating wildlife, both on land and underwater. The park consists of Komodo Island, Rinca Island, Padar Island and numerous smaller islands around them.

Labuan Bajo is the gateway for trips across the nearby Komodo National Park to Komodo Island and Rinca Island, both home to the famous Komodo dragons. There are numerous snorkling points in the islands close to Labuan Bajo. Kanawa and Seraya Islands, for example, offer good diving and snorkeling sites. Currents can be strong at some sites however so care is needed.Every evening at Kalong Island, to the south of Labuan Bajo, thousands of flying fox bats (known as burung kalong in Indonesian) provide an amazing display. Around dusk the bats rise up from the mangroves around Kalong Island and within a few minutes, a column begins to form as thousands of bats begin to traverse across to the main island of Flores to the east. More and more bats join the column for perhaps the next 30 mins or so. The column soon forms into a remarkable trail across the sky stretching for miles as the bats fly east to Flores to search for food in the nearby forests.

As Indonesia’s fastest growing regency, Labuan Bajo serves as the launching point to Komodo National Park. As we know, the natural habitat of Komodo become a magnet for tourist all over the world to visit Labuan Bajo. Komodo National park is only a few kilometers offshore, perfect for Diving, Snorkeling and Kayaking. Near Labuan Bajo waterfalls, caves and forest abound on Flores for the intrepid overland tourists. Further inland are found volcanoes, multi-colored lakes.